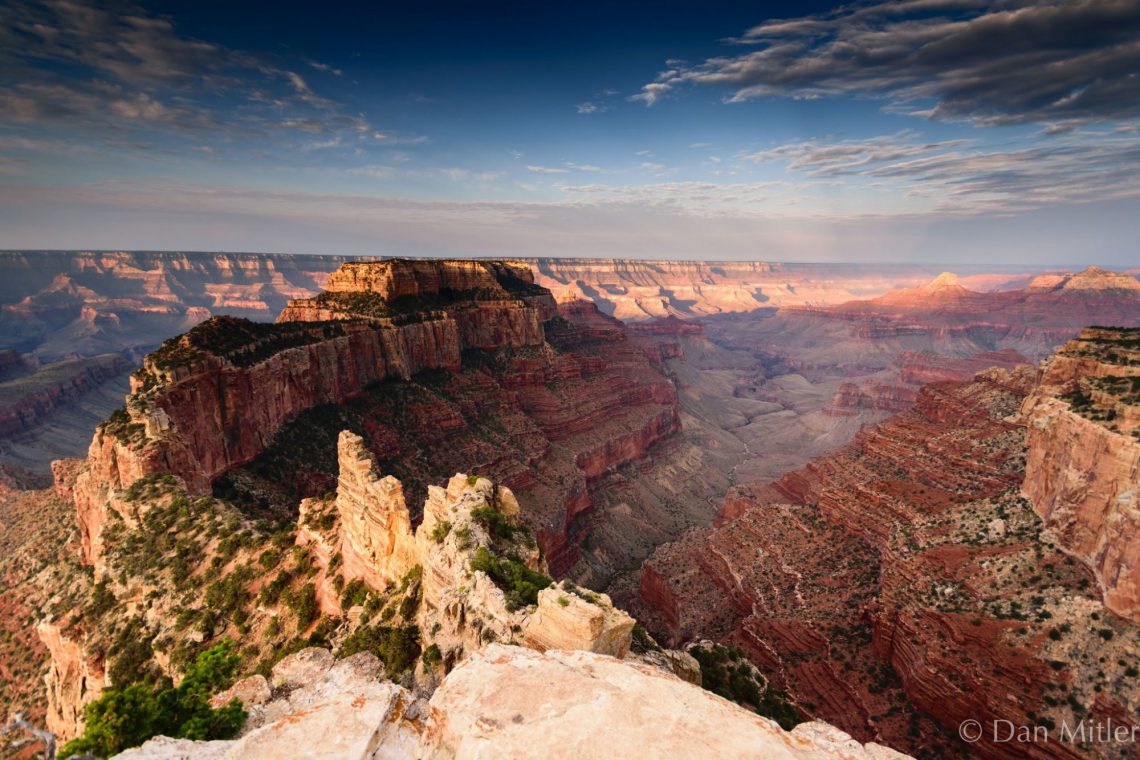 The Grand Canyon’s North Rim, though less visited than the south, is no less spectacular. Though views down to the Colorado river are not as open as on the south side, the north rim – being over 1000ft higher than the south – emphasises the expansiveness of the canyon. Key developed viewpoints on the North Rim include Bright Angel, Point Imperial and Cape Royal, all accessible by car. Of course, hiking trails are also available. Camping in the park is an excellent option during the warmer months. There is a lodge at the rim itself and a couple of accommodations on the route in.