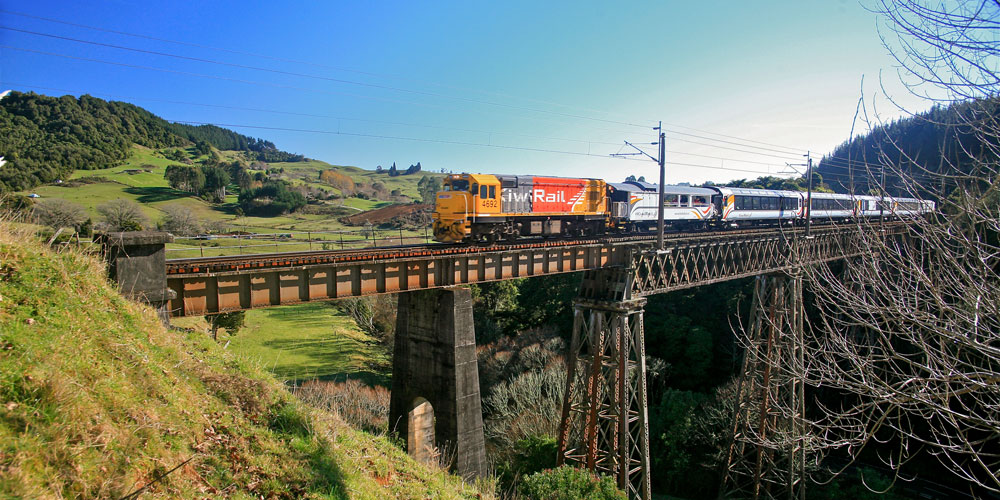 The journey through Tongariro National Park, with its three spectacular volcanic mountains – Tongariro, Ngāuruhoe and Ruapehu – is a highlight, a place of extremes and surprises, where snow-blanketed fields, ancient lava flows and dense beech forests can be seen side by side.